The Cape Point Chacma baboon Papio ursinus, also known as the Cape baboon, is, like all other baboons, from the Old World monkey family. With a body length of up to 115 cm and a weight from 15 to 31 kg, it is among the largest and heaviest baboon species. The Chacma is generally dark brown to grey in color, with a patch of rough hair on the nape of its neck.

Unlike the northern baboon species (the Guinea, Hamadryas and Olive baboons), Chacma males do not have a mane. Perhaps the most distinctive feature of this baboon is its long, downward sloping face. Males can have canine teeth as long as 2 inches (longer than a lion’s canine teeth). Baboons are sexually dimorphic, males being considerably larger than females.

Chacmas usually live in social groups composed of multiple adult males, adult females, and their offspring. Occasionally, however, very small groups form that include only a single adult male and several adult females. Chacma troops are characterized by a dominance hierarchy. Female ranking within the troop is inherited through the mother and remains quite fixed, while male ranking is tenuous and changes often.

Chacmas are unusual among baboons in that neither males nor females form strong relationships with members of the same sex. Instead, the strongest social bonds are often between unrelated adult males and females. Infanticide is also common compared to other baboons species, as newly dominant males will often attempt to kill young baboons sired by the previously dominant male.Baboon troops possess a complex group behavior and communicate by means of body attitudes, facial expressions, sounds/calls and touch.

In weighing up the risk and reward scenario it is important to remember just how well baboons read our body language. If you are unsure or scared of the baboons – they will take advantage of your indecision (normally they will just sit and look at you) and your apparently feeble attempts to “chase them away” normally are unsuccessful. Typically in these situations people report that the baboons were “aggressive” and it is only when we unpack the facts does it come out that the baboons didn’t really do anything – but they didn’t move away either.

It is important that we do not confuse aggression with normal baboon behaviour. The fact that we may feel threatened does not always mean that the baboon has done anything aggressive.

Be assertive and sure of your intention

By remaining calm, that does not mean that you sit back and let the baboons stay in your home or car – rather, it gives you time to plan your own action. It has been proven in many experiments that animals respond well to our clear intentions – so you have to remain calm and be sure exactly what your intentions are to have the best success.

Some tactics that you can use to your advantage include:

Be sure of your plan and carry your actions out clearly and methodically – this will help you to stay calm and send a clear message that you mean business.

Try making your voice as commanding as possible – without shouting and screaming!

“Shoulders back, head high” – remember your body language is being read by very clever strategists! By making your body appear as large and dominant as possible you are already sending out a clear message that you are in control. 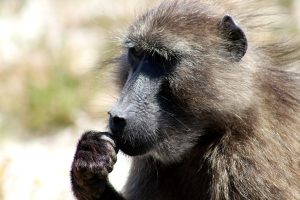 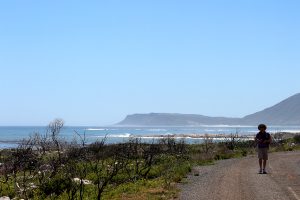 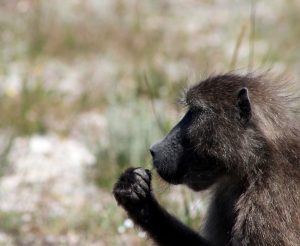 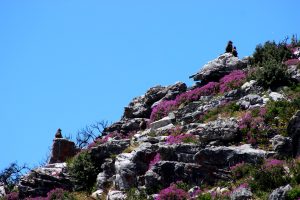 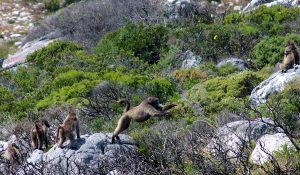 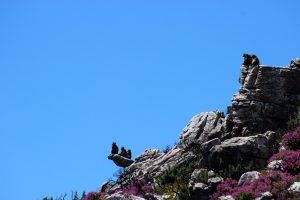